It is fair to say that we here at Kingpin Manufacturing know quite a lot about cables. While we don’t produce them, all of our items work in tandem with cable glands, which help secure cables, electrical or otherwise, in place.

This got us to thinking. We deal with clients who use small lengths of cables, and others who have to span significant distances. But what are the world’s longest cables?

Well the answer requires us to first nail down what should be considered the longest cable. Would it be the longest continuous cable, or a series of cables joined together to perform one job? Electrical cables, or communication cables? It all depends on what everyone will individually decide constitutes the “longest”. So here are three examples that look to cross all of the definitions.

We’ll start, strangely, in Greenland. You may suspect that the longest electrical cables would be found in major urban environments, but these circuits will be comprised of smaller lengths of cable connected together. In fact, you are more likely to find longer cables in rural environments. Hence, the Ameralik Span.

This length of cable is noteworthy for several reasons. Part of the electrical circuit connecting the Buksefjord hydroelectric plant with Nuuk (right), the capital city, the Ameralik Span is so called because it crosses the Ameralik Fjord, a huge valley between two mountains. The cable, supported by four pylons, is 5,376m (3.34 miles) long. 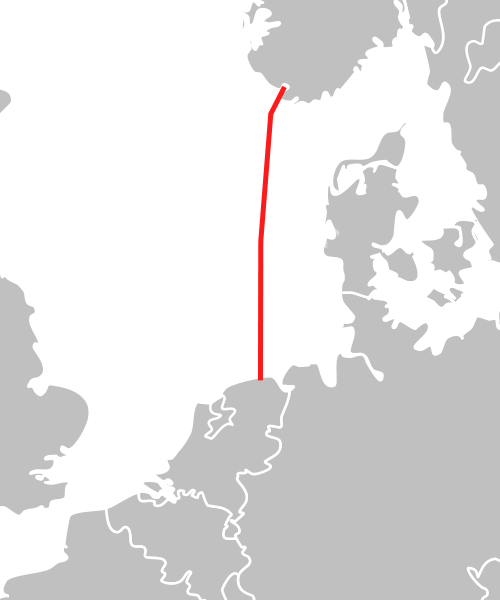 So while this cable, and the final entry on our list, aren’t one continuous length of cable, they do still hold length records. The NorNed cable is situated under the North Sea, and connects Norway with the Netherlands. Starting in Feda, Norway, and ending in Eemshaven, The Netherlands, it measures in at 580km (360 miles).

The purpose of this cable is two fold. Both countries have slight issues with power. Norway is completely powered by hydroelectric power. This makes it very environmentally friendly, but also means that a dry year could potentially be catastrophic. The Netherlands, on the other hand, is highly reliant on coal for its electrical production, as well imported nuclear power from France. The influxes of power needs throughout the day means that the Dutch power stations don’t run very efficiently. The cable helps both countries. The Netherlands can make use of Norway’s surplus hydroelectric power, thus reducing their environmental damage, whereas Norway has a backup source of power should their hydroelectricity fall short of electrical needs.

It isn’t a pretty name (and it sounds slightly odd if you say it outloud around others), but the SEA-ME-WE 3 cable is the longest ever constructed. This communication cable links South East Asia (SEA), the Middle East (ME) and Western Europe (WE) together. Completed in 2000, the cable is a whopping 39,000km (24,000 miles) long.

It creates means for communication between 33 countries: 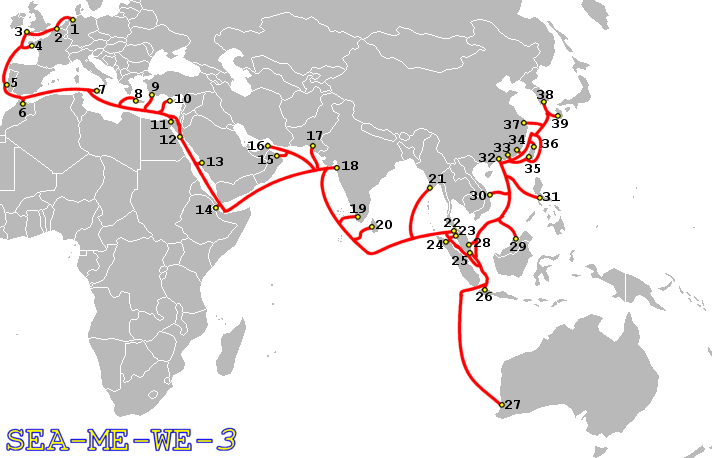 That is quite a feat! We can only begin to imagine how many cable glands this wonder of the world needs!